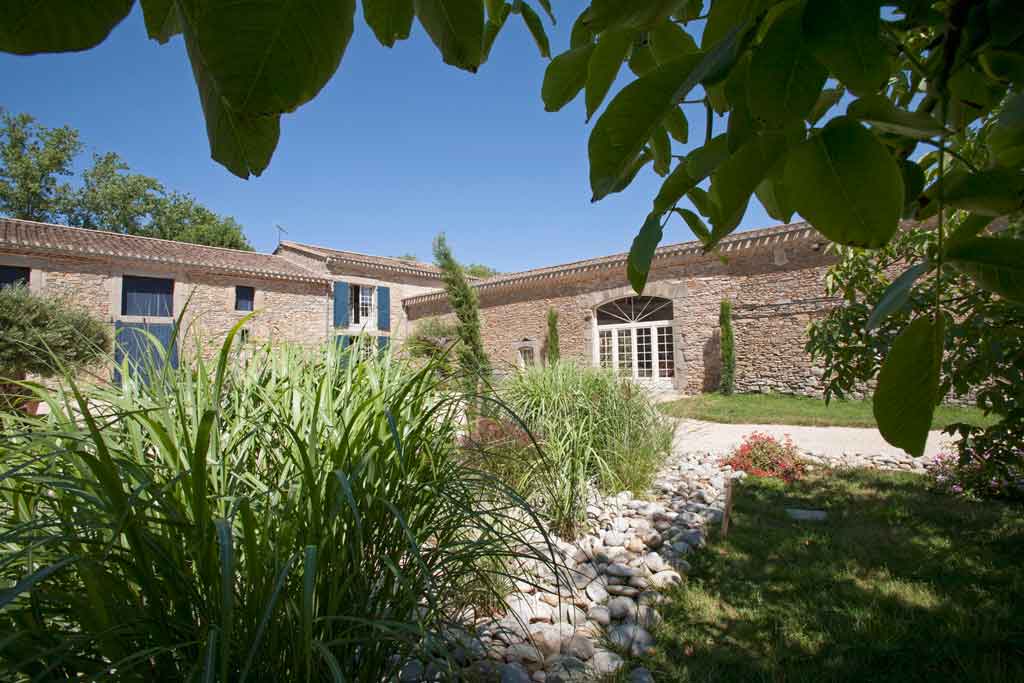 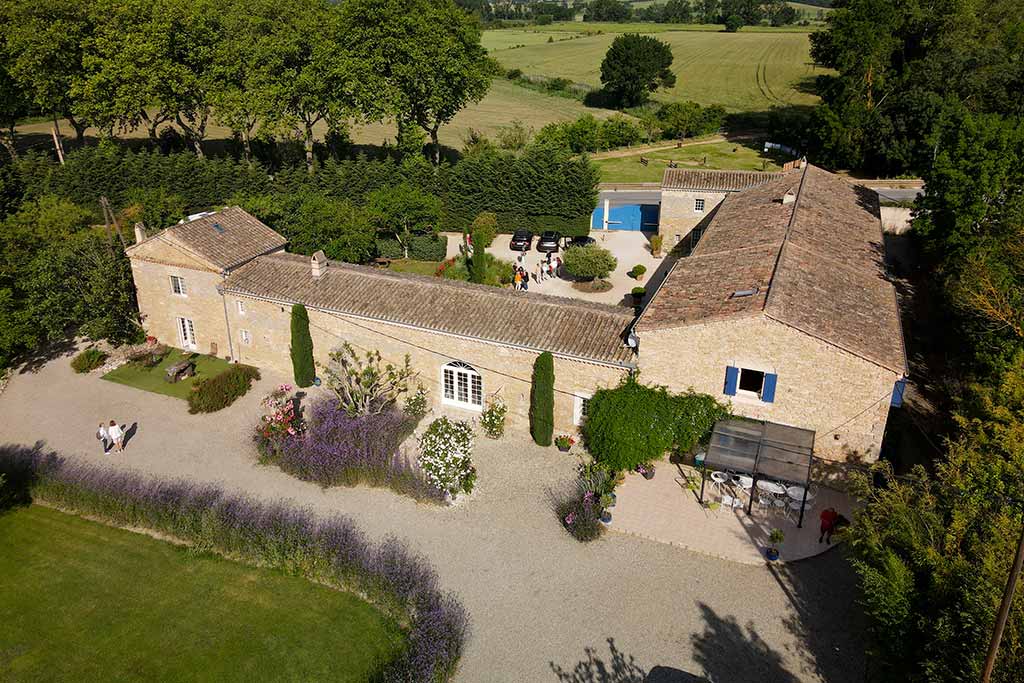 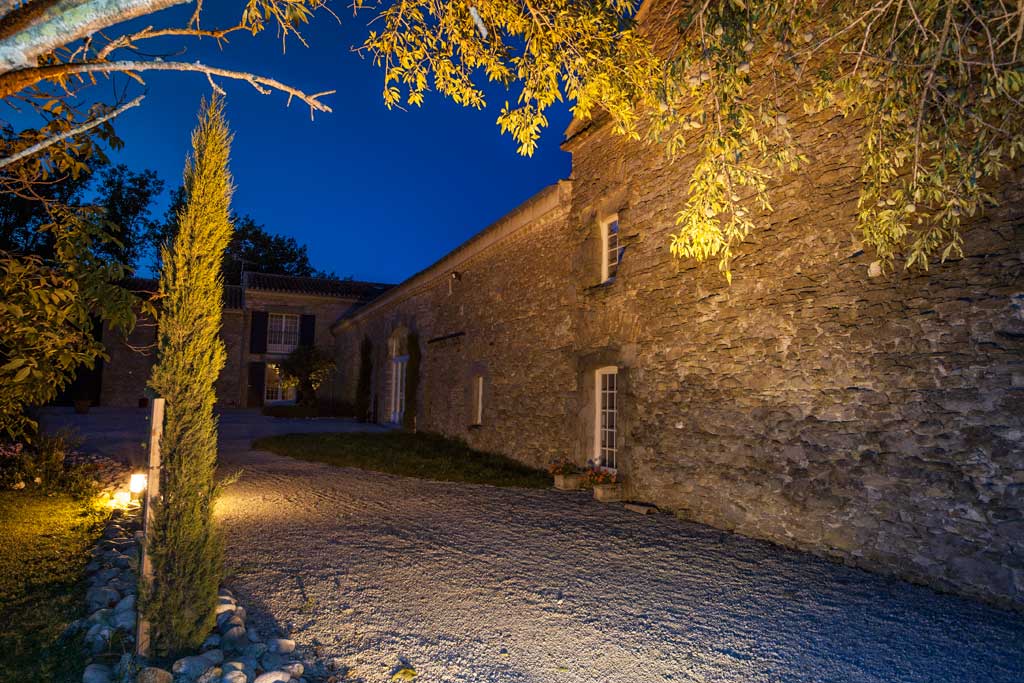 From the beginning of spring to the end of autumn, the swimming-pool is heated, so you can take advantage of it at the most !

From the beginning of spring to the end of autumn, the swimming-pool is heated, so you can take advantage of it at the most ! 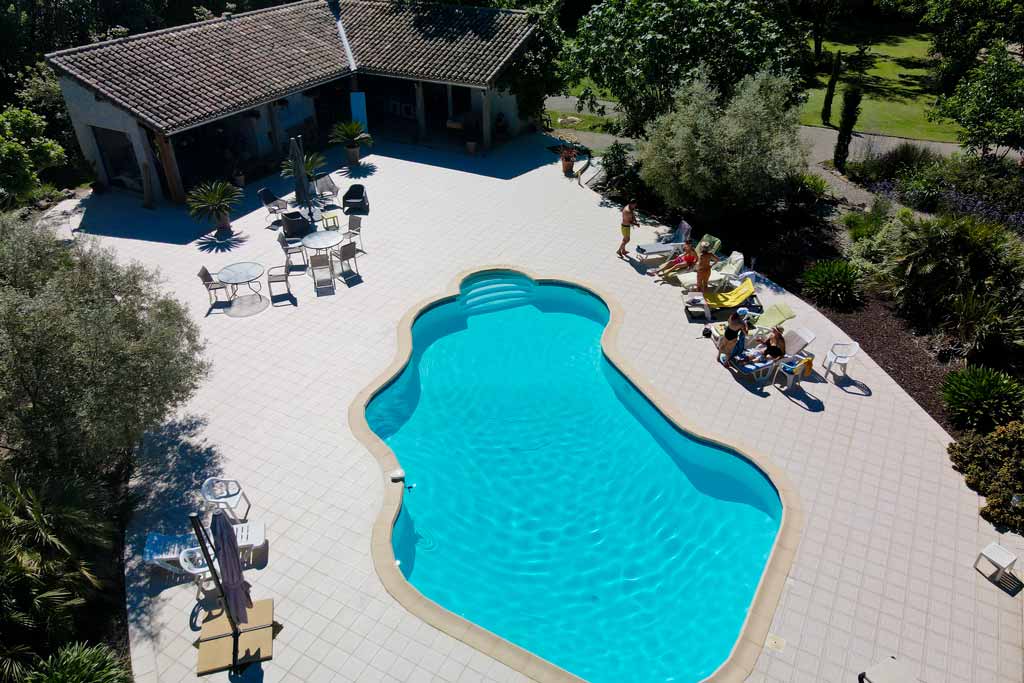 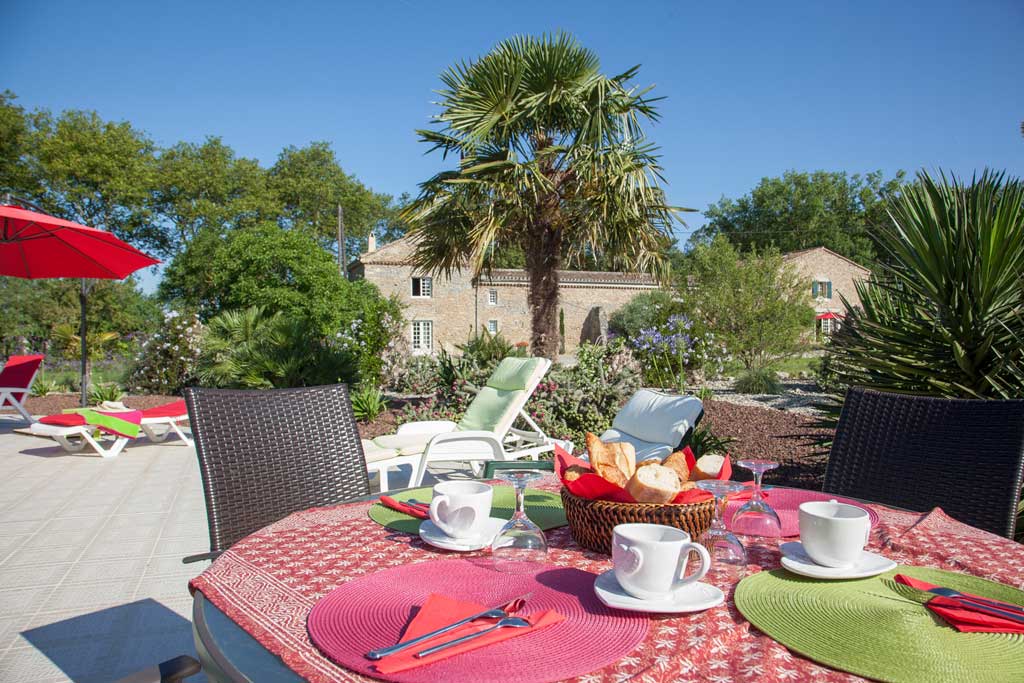 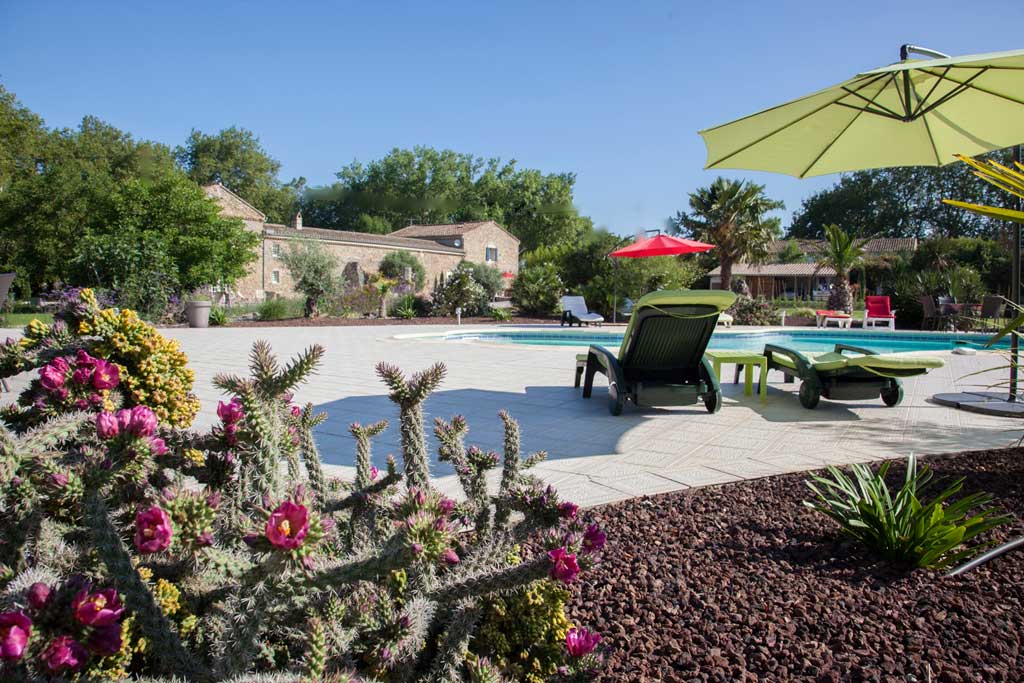 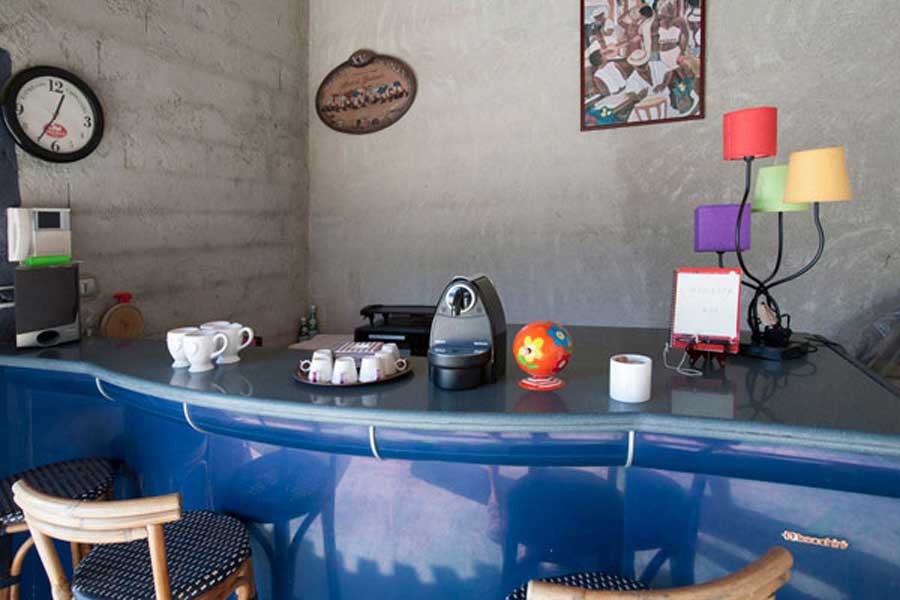 With the Pyrenees on the back screen, the green spaces of the domain are full of plants with nice flowers and subtle scents. 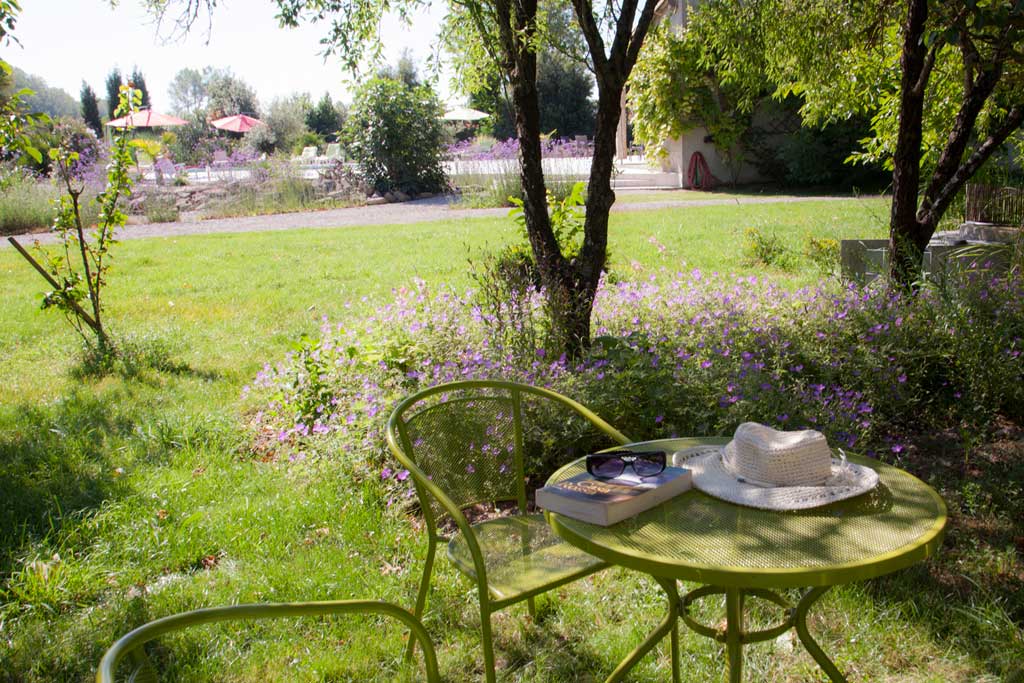 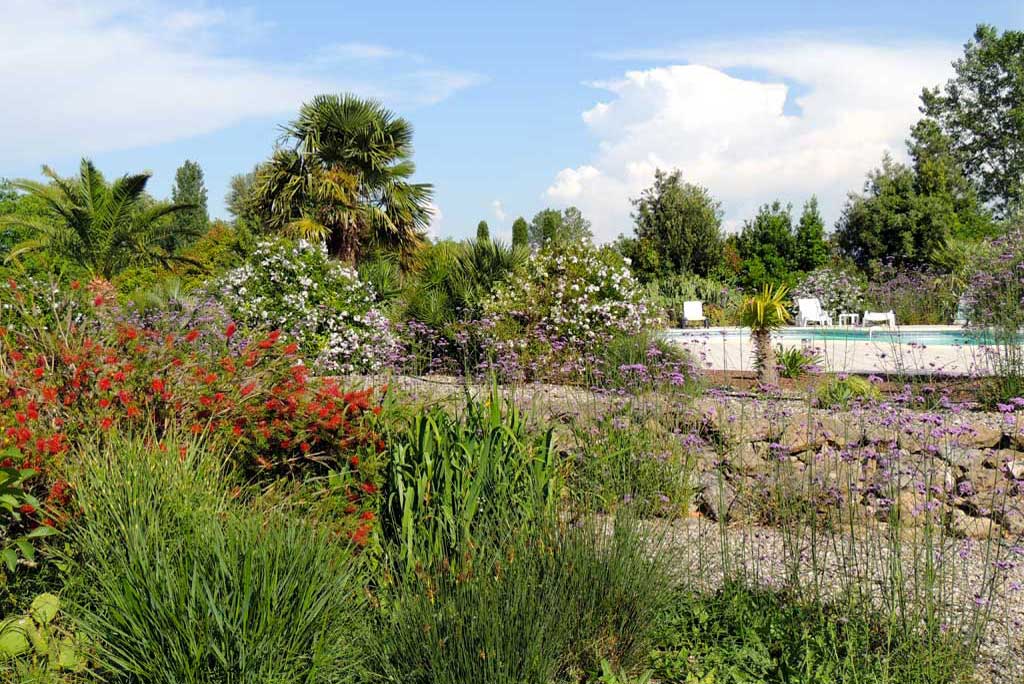 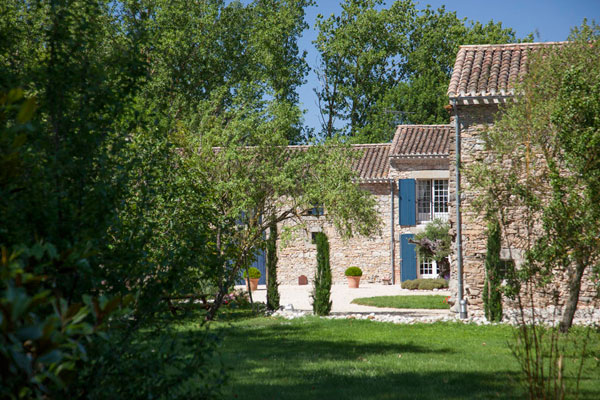 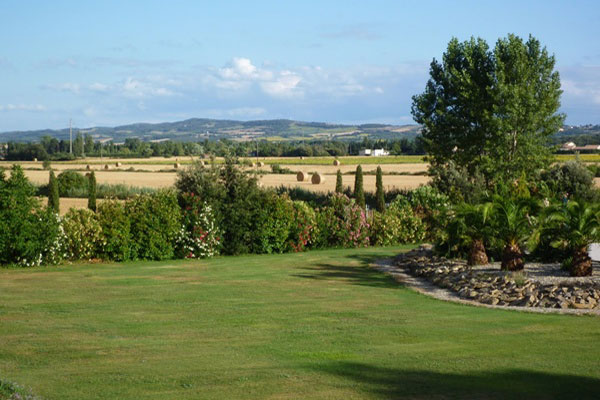 The origin of the Domaine les Magasins dates back to the end of the 18th century .
The surrounding lands, owned since about 1650 by the lords of Bram family, Lordat, formed a 39-hectare estate owned by a sharecropper and bordered since 1681 by the Royal Canal of the Two Seas (Canal du Midi).
In 1766, Louise-Marguerite Colbert of Seignelay, widow of Joseph-Marie de Lordat, had the idea to take advantage of the goods traffic transiting daily by the waterway, at a place called Bram Port.

She gave a lease to Antoine Barascou, a merchant from Castelnaudary, a large plot of land; for him to build "A store" to store, before their transfer on the Canal du Midi barges: wheat, wood, iron and other goods.
This store also included accommodation for one or more clerks or servants, a yard, a stable and generally all that will be required for the operation and use of the said stores. "Work began, but the merchant was chaurien for various reasons , unable to carry them out.

After a trial lasting six years (from 1778 to 1784), Count François de Lordat recovered the land and completed the construction of the buildings in 1785 according to a redefined plan. Until the second half of the twentieth century, this group of buildings experienced few changes, mostly related to developments in the adjoining farm.
Falling into ruin for some ten years, the estate is now renovated and has been adapted internally to modern life today.